I've been waiting for my preordered rulebook for quite some weeks. Warlord Games said, it would be shipped by the end of July. But then, something went terribly wrong ...

I've recieved this email from Warlord Games just a few minutes ago:

Bolt Action pre-orders updateGetting your pre-order copy of Bolt Action into your hands has proven to be far more difficult then we anticipated, this email is to update you on why it has happened, what is happening right now and to let you know what we are doing to make it happen ASAP.
The original release date for the book was July. Both ourselves and Osprey planned for that and organised our attendance at Historicon and Gen-Con based on that date. However, as is often the way with publishing the book was delayed – first to August and then ultimately to September.
This left the Historicon and Gen-Con situations to resolve. Osprey decided to make sure copies were available to buy at these conventions. We decided that rather than sell those which Osprey had made available to us early at Historicon we would instead send them to those who had pre-ordered with us as we felt that was the right thing to do by those who had shown confidence in committing to buy the book rather than take easy extra sales at the show.
Unfortunately we've run into one or two logistical difficulties which has delayed the copies getting to us as soon as we would have liked. As soon as they arrive they will be sent to you as you had placed a pre-order with us prior to a certain date. Everyone else will be receiving their copies on the main release date in September. The good news is the books are en route to us so you will be informed about their despatch very soon along with the free miniature.
Is it a bit messy? Yes, undoubtedly. Would we liked to have done things differently? Oh yes. However, we are where we are and have tried, with the best intentions, to do the right thing by all parties.
All we can do is apologise and honestly say we were really trying to do the right thing by you guys and you will be receiving your copy of Bolt Action weeks before it's release on the 20th September. We will update you further as soon as we have more information for you.

This doesn't sound too confident to me ...

However, I'm pretty bugged about the problems they have with shipping those preorders. 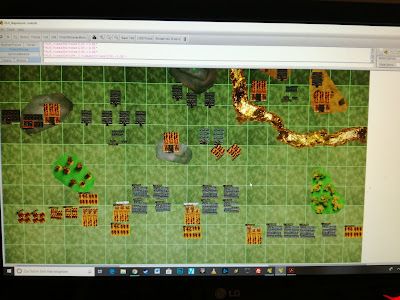